Scenario: You have been following the Ex Boyfriend Recovery Program. You and your ex boyfriend have moved from the texting phase, to phone calls, to casual meet-ups. You’re developing rapport and you feel a strong connection being re-established between the two of you. Then out of nowhere…

You hear nothing from him. He had been initiating a bit up till now, you thought things were going well. So why did he all of the sudden drop off the face of the earth?

Well, first, I have a couple of questions.

The Ex-Boyfriend Recovery process can be very anxiety producing – I see it every day in our Facebook group. We tend to try and pick apart interactions and text to decipher what is really going on in that head of his.

You can never really know for sure.

Because sometimes, it has nothing to do with us, or anything we did. 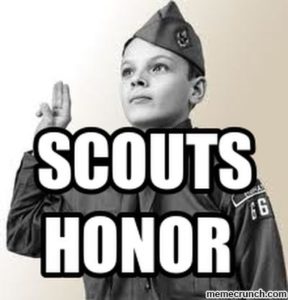 So, it’s important to try to look at the situation objectively. Please don’t automatically jump to assuming the worst, which is what comes automatically to most people. If nothing crazy happened when you last talked/hung out, or he’s responding when you initiate, it could very well just be that he’s busy.

That’s why it’s important to think about what may be going on in his life.

I mean, you have an entire life outside of your guy, at least you should if you’re an Ungettable Girl.

Why should it be a surprise that he does, too?

Okay, now that the logical part it is out of the way, we will discuss some of the possible reasons he is pulling away that may, in fact, have to do with you. The good news, though, is that the way to respond to this distance he is creating is pretty much the same across the board.

Reasons He’s Pulling Away That Do Relate to You

So maybe nothing is going on in his life. Maybe his family is healthy, his job is steady, and his health is in check. Maybe something did happen when you last spoke that caused him to freak out a bit. And maybe he’s not responding to your texts.

If this is the case….maybe something is going on. To my mind, there are a few different possibilities: He met someone else, you did something to push him away, or he’s confused and needs some space to work out his feelings.

So let’s start with the most intimidating one…

Maybe He Met Someone

This is the one you’re least likely to want to hear, so I will get it out of the way first.

Maybe he met someone. It’s a pretty simple explanation for why he would cease speaking to his ex girlfriend. If you were seeing someone new and were into them, you probably wouldn’t want to be talking to your ex either.

Guys get lonely. Emotionally and physically. It’s not uncommon for guys to seek comfort and intimacy with other women when they are sad and lonely. It seems counter-intuitive to us, and not all that emotionally healthy, but it’s what they do.

You see, men are taught by society that they need to be strong and not emotional. Most men feel more comfortable showing their softer side to women. When your ex lost you, he lost the main person he was “allowed” to be vulnerable with.

You get to go to your girlfriend’s house, drink wine, eat pizza and cookie dough, watch bad tv and pass out cuddling with each other in the same bed. But a guy doesn’t get to have that. You were that, for your guy. This is why I suspect so many men jump into rebounds so quickly. They need that intimacy. They crave it. They need that emotional bond, the person they can be vulnerable with.

The good news is, you can use this to your advantage before another woman sweeps in and inserts herself into the situation. I think this is one of the reasons my ex and I are in such a good place. We’re not together, but I suspect he still considers me his best friend. He still wants to share everything with me, and I’m still the person in the world that he feels the most comfortable being vulnerable with. If you can keep that position in his life, you’re already on the right track.

Now, what do you do, though, if another woman has entered the picture?

I’d say if the two of you were a ways along into the process, do a bit of No Contact (mostly to center yourself and acclimate to this new challenge), and then attempt the “Being There” method. Try to stay a part of your ex’s life while he’s with this other person. Try to get a hold of that emotionally vulnerable part of him that you once had access to – but don’t force it. That will just scare him off.

Remember my second question? If the answer to it is yes, the reason why your ex stopped talking to you all of the sudden should be rather obvious.

Maybe things got a little out of control and you got emotional, scaring him off. This is what guys tend to call “crazy behavior.”

You have to put yourself in his shoes. To him, the two of you are not a couple. So why the hell should he have to put up with your crazy behaviors?

I cannot stress enough how important it is to keep your emotional cool when dealing with your ex. If you don’t feel centered, walk away. Do not send that text. Put the phone down. I promise, it will not be worth it in the long run.

A common reason girls lose their cool is that they suspect that their ex is dating/sleeping with someone else.

You are not his girlfriend.

YOU ARE NOT HIS GIRLFRIEND.

YOU. ARE. NOT. HIS. GIRLFRIEND.

It doesn’t matter if he’s dating or sleeping with other women because you are not together. Just because you’ve been talking, or hanging out, or casually dating does not mean you’re together. If you start acting like you’re together before you are (i.e. bringing up fights or arguing over things that are pointless or unproven), you are not keeping your eye on the big picture and you won’t end up back together.

Or, here’s another possible scenario:

Maybe things were going really well, and then one night, you broke the rules and slept with him. Then he stops initiating, stops texting and calling. He starts ghosting. It’s okay, it happens sometimes and it’s not the end of the world.

In both of these instances, my answer is the same.

You need an immediate reset. You need to get your bearings, and your ex needs to remember how empty his life was without you, and possibly forget all of the unkind things you said to him in your emotional rage.

No Contact to reset the stage. Then, try to begin the process again – initiate little by little and see how it goes. I always think it’s funny – so much of the time when men ghost, they come back to apologize. Just a pattern I’ve noticed recently.

Just remember, there is only so many times you can do this before he is going to either tire of the routine or sense a pattern. So I reiterate that keeping your emotions in check is absolutely paramount.

How’s this one? Maybe all of this time that the two of you are spending together is putting his head in a spin. Maybe he’s starting to try and remember why the two of you broke up in the first place and needs some time away from you to get his head on straight. That’s okay. That’s a good thing. It means that what you’ve been doing has been working.

Getting an ex to agree to giving your relationship a second try is no easy task, but if you’ve played your cards right, this time of him pulling away will make him seriously start to think about what a sacrifice it would be to not have you in his life. That’s your goal – you need to make it so that him giving you up has to be an almost impossible decision.

If he’s confused and needs space, give it to him. Act as if you’re going back into No Contact again – up your social media game and push ahead as though you aren’t even bothered that he isn’t talking to you.

This is the make or break point. You can’t ruin it now.

An observation that I have made through the Ex-Boyfriend Recovery process is that when men pull away, it is women’s impulse to chase. This has the tendency to push the men away further. Sometimes men need time to process to themselves. As I mentioned before, they don’t have many people in their lives that they can be vulnerable with. This causes them to frequently retreat inward. So sometimes, you’ve just got to give them that time to work through things solo. Engage in a little bit of push/pull theory and read up on rubber-banding. They will help you understand this male tendency to pull away a lot more.

It’s possible that after your ex has worked through whatever he was trying to work through, he looks up and realizes that he misses you. The biggest thing to keep in mind if you are feeling ignored is to not assume or jump to conclusions. Just because they’ve pulled away, that doesn’t mean they aren’t thinking or feeling.

“Be Kind, for Everyone You Meet is Fighting a Hard Battle”

I was unsure what Buffy reference I was going to add to this article, but then when writing about men and vulnerability, I was reminded of an episode near the end of season 3 – “Earshot”.

In it, the Scooby Gang suspects that a fellow student at Sunnydale High is going to kill their classmates. Buffy runs up to the tower on campus, and finds Jonathan (a nerd-type who gets bullied a lot) with a gun. He accuses her of not understanding his pain. She says to him:

“You know what? I was wrong. You are an idiot. My life happens to, on occasion, suck beyond the telling of it. Sometimes more than I can handle. And it’s not just mine. Every single person down there is ignoring your pain because they’re too busy with their own. The beautiful ones. The popular ones. The guys that pick on you. Everyone. If you could hear what they were feeling. The loneliness. The confusion. It looks quiet down there. It’s not. It’s deafening…” As I mentioned before, it’s very possible that your ex’s silence has nothing to do with you. But maybe it does. Either way, his silence is an indicator that something is happening inside of them that they need time on their own to process. And the correct response to silence is not to nag, or push, but to pull back and give your guy the space that he needs. Guys aren’t always the best at communicating their emotional needs, so consider his silence his way of asking. We all need downtime and periods of time to process how we feel. We all deal with things differently, and absolutely EVERYONE is dealing with something.

This is a general thing to keep in mind for life, not just when dealing with your ex-boyfriend. Basically: Be kind, for everyone you meet is fighting a hard battle.