You’ve been through a breakup and you’ve found yourself here reading about getting your ex boyfriend back.

Now, maybe you are new here, in which case, welcome. Or maybe you’ve spent the past few hours tearing through our articles trying to find an easy way to get your ex back. Whichever it is, I am glad you are here.

By now you’ve probably determined that this is not an overnight process. There is no easy way to get your ex back. You are going to have to do some things that aren’t going to be easy.

One of those things is following through on the No Contact Rule. Yes, it is exactly what it sounds like. You can’t contact your ex for a minimum of 21 days, maximum 45 days. It sounds easy, but most of you will only make it about 45 minutes before you are back on the site looking for exceptions to the rule.

There is a reason for this.

Yes, we have thousands of people that have used our methods and had astounding results. From where you’re sitting, I imagine it is hard to see the possibilities, especially when you can’t even begin to guess what your ex is thinking.

Now, I’m not saying you should spend all of your time trying to guess what your ex is thinking.

That’s not it at all.

I am saying that sometimes you need a little push to follow through on the harder parts of getting an ex back. One really good way to stay motivated is to remind yourself of the possibility that your ex could very well still have feelings for you.

Let’s go over some of the ways to tell if your ex boyfriend still has feelings for you.

One minute you’re done. It’s over. The next you find out he’s asking all of your friends if you are seeing someone.

Then he’s giving you the cold shoulder. Then he’s sending you late night texts about nothing.

It’s almost like he’s trying to play games with your head.

This type of behavior results from an internal struggle.

We all question our decisions, even if we are super confident in them at first.

If your ex is being hot and cold with you after a breakup, you can bet he is at least giving into his feelings for you sometimes.

You don’t just cut someone important out of your life and not miss them. You can see both the upside and the downside of splitting up. So, you end up going back and forth between wanting them back and standing your ground. 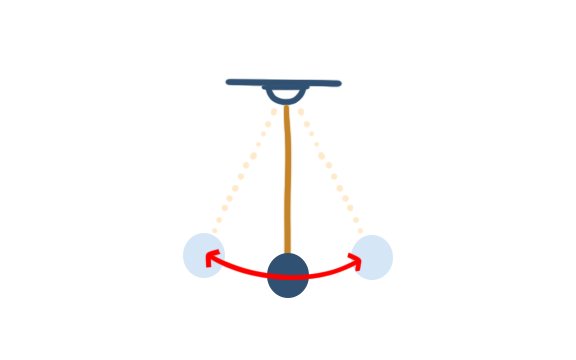 Is that not clear enough? Here let me try again. You will be tempted to interrupt the swings and force him to stay on the side where he misses you.

It doesn’t work that way.

The more you try to effect his position directly, the more likely he is to swing to the other extreme.

That’s why we focus on changing his position indirectly with No Contact.

But here’s the point, he still has feelings for you, he is just rationalizing past them.

His Time Investment Is High

Did you know that there are five motives for communicating with an ex?

Staying in contact simply because you are a part of his circle of friends is almost always just a tactic to keep the peace. So, we can go ahead and write that one off as a sign that he has feelings. He’s just avoiding drama. Can’t blame him for that.

If the underlying friendship connection within the relationship was strong, we can assume that there are going to be at least some feelings there, but maybe not the overly strong ones you are hoping for. Although, I wouldn’t write that off. Because after the EBR process, your ex could easily transition from friendly feelings to “I miss her” feelings.

If he seems to be staying in touch to keep you as a backup, then it’s likely that he is lacking in some self esteem when it comes to dating other people. He may not have romantic feelings per say, but he still sees the possibility there. And that’s something.

If he invested a lot into the relationship in the first place and the two of you went through some trials together, then it is likely that the two of you formed a bond. It’s hard to break those.

Reestablishing those bonds takes some strategy. Luckily, we’ve laid out an actual strategy that we have proved works time and time again.

If this is your guy, stick with the program. He will be missing you in no time.

A lot of the time having a conversations with your ex can be exciting. You are happy to talk about literally anything. But say your ex keeps cutting these conversations short.

What does it mean?

Well, the easiest explanation it that talking to an ex is not easy. It’s awkward and uncomfortable. But if you don’t care about her, why would talk to her at all. (See the list of motives above.)

So, if the interactions you have are pleasant and comfortable but he is STILL cutting them short. The simplest explanation is that he doesn’t want to ruin a good thing.

Stop while you’re ahead, or so they say.

He’s less likely to screw things up if he keeps it short. It’s as simple as that.

There is not one but two quotes that come to mind when I think of drunk texts.

“A drunk man’s words are a sober man’s thoughts”

Alcohol has the ability to amplify whatever you are feeling at the moment. So, if you are particularly down, a girl’s night out drinking isn’t really the best idea.

Likewise, if you are getting drunk texts from your ex, then there are two possibilities. Either he is reflecting on your relationship and missing you or he’s hoping to hookup. Either way he is thinking about you when he is vulnerable. So that’s something to keep in mind… that you are on his mind.

We kind of touched on this earlier. If a guy is in a new relationship, but he can’t seem to cut you off. It is likely that he is unhappy or insecure in his new relationship.

The fact that he is keeping you around can be a good sign that he has feelings or you make him feel more comfortable.

You can learn more about that by watching this video.

His Social Media Mirrors His Feelings

Let’s be honest, you’ve been on his Facebook. You’ve been keeping up with his posts, his snaps, and his vague Instagram posts.

And you’ve been trying to figure out if he’s trying to tell you something.

You find yourself looking for subtext in all of his posts.

The post that is directed at someone without actually saying their name.

We’ve all seen the passive aggressive social media post. In fact, some of us may even be guilty of posting a song lyric or seven of our own.

When are you likely to do this?

When you are hurting and you just want someone to understand how you are feeling?

When something just resonates with you and you need to feel like someone is hearing you?

When you want your ex to know that you are missing them?

Basically when you are emotionally raw and feeling alone… THAT is when you start posting emotional and passive aggressive quotes and lyrics even if it’s not something you would normally do.

So, if you’re seeing a lot of emotional stuff coming from a guy who’s not normally very emotional. It’s safe to say he’s feeling the separation.

What Does It All Mean

Okay so let’s talk. By now you should have a pretty good idea of if he still has feelings for you.

But as you can imagine that only gives you a foot in the door.

That’s really all you need here.

It’s so easy to loose your footing in the ex recovery process when doubt arises.

And it’s is a double edged sword, knowing that your ex still has feelings for you.

You’ll want to quit if you are unsure how he feels toward you.

You’ll want to rush things if you find out he does.

So, I urge you to take this information and use it wisely.

It can help you succeed or stop you from even trying.

You get to choose which.

Obviously, I gave it to you to encourage you.

Your Mission, Should You Choose To Accept It

So, what do you do with this information?

Well, like I said before, I’m assuming you are at the beginning of your journey. Either you just started the process to get your ex back or you are about to. Whichever it is, you are likely already experiencing difficulties. So let’s talk about why it important that your ex has some residual feelings for you, why it functions as a foothold in the process.

The secret here is to keep your emotions in check. Don’t let his indecisiveness trick you into thinking he is playing games.

If you want him back, the one thing you have to to is start No Contact and stick with it.

You can read more about that here.

If you’ve gotten partially through No Contact and then didn’t have the follow through, you should read this article here.

So, what is it about No Contact that makes it so successful? No Contact does to your ex what alcohol does to emotions. It amplifies what’s already there. So, if your ex misses you and you do No Contact properly, you can fan his feelings for you into a flame and even in a a blazing fire.

How much do you know about fire?

I’m going to give you an analogy and in order for you to follow you need to know one things about fire. It needs oxygen. Without oxygen, a fire will die. If all of the windows in a house are closed and the fire starts to fade and you open a window slightly on the other side of the building, the flames will seek out that opening and increase exponentially. The smaller the fire becomes, the more it thirsts for air.

No Contact works this way. You are going to starve your ex of your attention. His affections, even if they are small, are like that small fire. By starving him of your attention, he will crave it so much that when the two of you get back in touch, he will be overwhelmed by his desire to have you.

I know. I know. That’s a pretty big analogy. But that’s how much I stand behind what we do here.

We even offer coaching that will help you with your particular situation.

And now that you know the tell-tale signs of if he has feelings still, you can make those feelings work for you rather than against you.

Let’s go over them one more time.

We have The Pendulum Effect, where your ex is being wishy-washy about how he feels. From the outside it looks like he’s playing games, but in reality he’s reasoning with himself about his feelings for you. Sometimes, reason will win, sometimes his heart will win.

Use No Contact to fan the flames. Use our experts to get through it and make it work for you. That’s what we’re here for.