Today we are going to take a good look at the signs an ex will exhibit that will prove that they will eventually come back.

Perhaps the most interesting thing is that the signs I talk about today are relevant even if you have had an ex say any of the following to you,

Well, it’s not I assure you.

5 Signs That Your Ex Will Eventually Come Back

Now, I’ve written an article similar to this one a few years ago but after going through that article I realized that it is not only outdated but it fails to capture anything outside of generic observations.

That’s a mistake I won’t be making with this one. After much thought I’ve settled on five distinct signs that an ex will eventually come back to you.

I arrived at these five signs by literally compiling all of my success stories and looking for what patterns developed.

Without further ado here are the five signs.

Let’s take an in-depth look at each of these signs.

Sign #1: They Tell You They Want To Be Friends But Their Actions Tell A Different Story If you’ve read any of my other articles then you’ll have probably run across my words vs actions theory.

I promise it’s not anything too complicated.

Essentially I make the case that you should never take anything anyone tells you in a dating scenario at face value.

All that matters is what they do.

Now, most of the time when I work with clients their ex is doing or saying something to completely string them along.

“Of course baby I love you.”

“Don’t worry, I’ll break up with her soon”

Except when push comes to shove the actions don’t line up with what you’ve been lead to believe.

What’s interesting is with exes who are considering coming back to you it seems this ideal gets flipped on its head.

Where most exes “string you along” exes who are interested in getting back with you say some comment meaning to end things with you forever while their actions tell a different story.

For example, if an ex tells you that they are done and just want to be friends but their actions tell a different story it’s a good sign.

Remember, what matters most is paying attention to what your ex does as opposed to what they say.

Sign #2: They Make Some Statement About Your New Boyfriend or Girlfriend If you’ve familiarized yourself with my program then you’ll have without a doubt learned about my theory of commitment.

One of the pillars to getting a man to commit to you is by creating a sense of urgency by utilizing the concept of FOMO.

FOMO = Fear Of Missing Out

Potentially one of the best ways to create this fear of missing out is to go on dates with someone new and try some of our patented light jealousy techniques.

Interestingly we’ve noticed a pattern developing amongst exes who are interested in rekindling things amongst our clients who employ these light jealousy patterns.

Of course, in order for me to properly explain how this works I need to let you in on one of the jealousy techniques we’ve taught our clients.

Here’s how this works.

Let’s assume that you and your ex are friends on Facebook and you have gone out on a date with someone new.

On that date you’ve been taken to a nice place to eat. Now, you’re never one to let an awesome opportunity like this slip through your fingers so you decide to take a picture to remember the experience.

It just so happens the picture you have taken includes your dates arm in it. You post the picture on Facebook and your ex will eventually catch wind of the fact that you were out with someone.

They can see someone was on a date with you.

They grow curious and can’t help themselves so they reach out to you with this text,

(So, whose the new boyfriend/girlfriend?)

This tips their hand a little bit as it shows they are bothered that you were out with someone else.

And perhaps the most hilarious part about this whole thing is that you don’t even have to be out on a date to illicit this kind of reaction.

You can just go out with a couple of friends and take the picture with their elbow.

If your ex goes fishing about who you were on a date with it’s a very good sign and it has been a consistent sign we’ve sign with exes who have eventually come back. Sure, the romantics will claim love at first sight exists but what they are talking about isn’t “love,” it’s chemical.

Within five seconds we can determine if we find someone attractive or not. When that happens our brain fires chemicals that create all kinds of warm fuzzy feelings.

It’s possible that we can “feel love” in this instant but more often than not it’s going to take more than a “first sight” to convince a stranger to enter into a full blown relationship with you.

Most of the time the way you can build that relationship is through conversation.

By sharing your thoughts and feelings you create a certain amount of trust with your partner to the point that they start weighing you as a potential mate.

Have you ever heard my concept on “tide theory?”

Tide Theory: The gradual process in which attraction is built. It becomes so subtle that it can be compared to the process of a low tide becoming a high tide.

Think about the actual process of a tide going from low to high.

If you were to sit at the beach for 24 hours and observe the process you would have an extremely hard time noticing the exact moment that it went from low to high.

It’s so gradual and subtle that everything just unfolds naturally.

Attraction being rebuilt with an ex kind of works in this way. One thing that my team and I have noticed is that our clients who tend to get their exes back have longer conversations the deeper they get into the process.

But it isn’t just about having longer conversations with your ex.

Quality matters just as much as quantity.

That means that if you are having long, in depth conversations with your ex consistently it’s an extremely good sign.

It always shocks me that more people don’t talk about this concept but it’s something that I recommend keeping an eye out for. In 2013 I wrote an article called “The Ungettable Girl.”

In the article I talk about how every man has this version of an ideal woman that he is constantly seeking out.

Every man has a different version of what this woman looks like.

When I wrote the article I knew it was good but I don’t think I quite realized how revolutionary it would become for my readers.

For example, in our private facebook support group you’ll constantly see women posting pictures of all the amazing things they are doing with the caption,

Being Ungettable maybe started out as being about attracting men but it turned into something far more meaningful.

It’s all about taking control of life on your terms and watching as the world finds you more attractive for it.

What’s interesting is that when we talk to the women who have used the program to get their exes back they all cite that they’ve felt more “UG.”

They don’t outright say that it’s the entire reason that their ex came back to them but it’s become such a pattern that my team and I are beginning to believe that it’s an essential part of the process.

Think of it as the ultimate way to kill two birds with one stone.

Yes, if you’re Ungettable you can attract a man but it also allows you to master all aspects of your life.

In the end you’re in a better place emotionally and sometimes physically than you were when you went through the breakup to begin with.

Sign #5: Exchanging Items May Be More Important Than You Realize 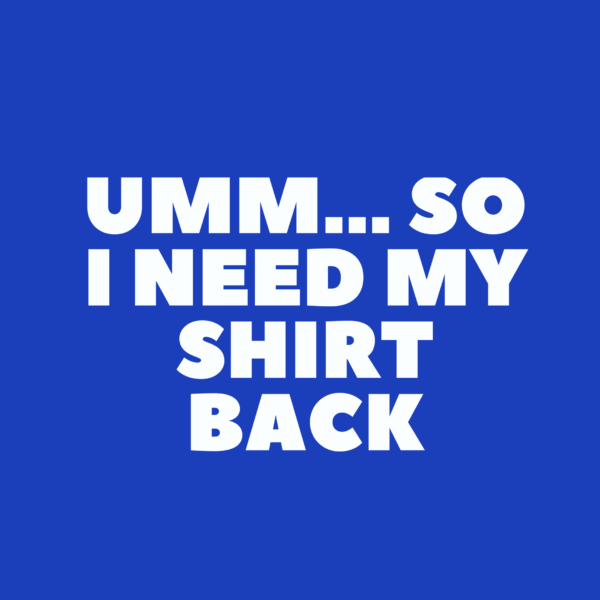 This was perhaps the one sign that shocked me the most.

Here at Ex Boyfriend Recovery we have certain rules that we like to recommend to people when it comes to exchanging items during a no contact rule.

Usually those rules are pretty straightforward,

At the beginning of this article I stated that when I set out to do the research for it I was looking to identify patterns.

These patterns ended up being the signs I am talking about now.

To be honest with you I’ve been doing this a very long time and nothing shocked me.

This was the one outlier.

I was not expecting “item exchanges” to matter so much.

However, I couldn’t discount the fact that it was a consistent pattern I noticed.

A lot of the people I interviewed pointed to the moment that they saw their ex again when they exchanged items as a definite turning point.

Now, I will say that all of the people I interviewed for this article were clients which means they followed the game plan that I laid out here.

Why is that relevant?

Simple, each one of them had some form of no contact under their belts before they did the item exchange with their ex.

So, what I think happened was that the little bit of no contact they had done served as a way of hyping up the item exchange.

In other words, a simple item exchange became much more meaningful.

So, what did the women who got their exes back do during this item exchange?

Three things stuck out to me.

That famous Frank Sinatra quote really sticks out to me here.

Sometimes the best revenge in life is massive success.

That is kind of the mantra many of these women lived by in their item exchanges.

13 thoughts on “Signs Your Ex Will Eventually Come Back”