What’s fascinating about this topic is that everyone seems to have a different idea of when a rebound relationship will fail.

I’ve found that the truth is none of those things.

But before I tell you when you can expect your ex’s rebound relationship to fail and the phases that he or she will be going through, I first want to turn your attention to a special resource that I have here on the site called the Ex Recovery Chances Quiz.

One of the questions I get asked time and time again is, “Chris, do I have a chance of getting my ex back?”

I’ve put together this quiz to help you understand that. It’s really simple to take, and even takes into account the fact that your ex might be seeing someone new. So take the quiz and see what your chances are.

When Can We Expect Your Exes Rebound Relationship To Fail?

As I said above, there are lots of resources you can find on the internet about how long rebound relationships last, and many of my peers make ridiculous claims without any proof to back them up.

I checked out their claims, looking for the research behind them.

I didn’t find it.

But that’s when I had a bright idea.

What If I simply spent a weekend compiling research of my own to come up with my own findings?

So I went through different online forums, looked at my own successes, failures and records to get an idea of when people’s rebound relationships were failing, from their own mouths.

What I found was interesting.

I want to preface this by saying that most times when scientists perform studies like this, they like to have a sample size of about 10,000 people to draw from.

The bigger the sample size, the more accurate the results will be.

I didn’t have that many people.

I found about 100 people with concrete data on how long their ex’s rebound relationship (or their own) lasted.

This is data I trust, because it comes from clients I have worked with, and members of our 3,000+ member community. 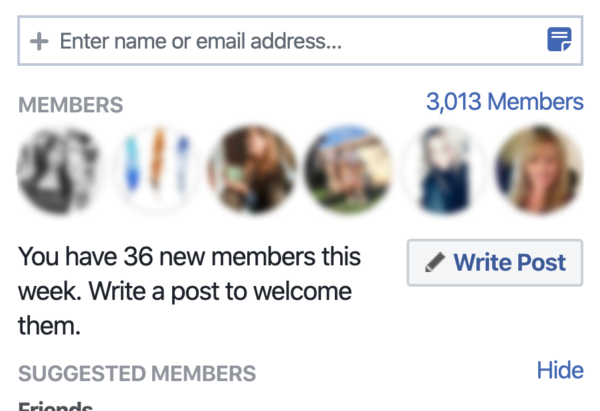 So what did they say?

Turns out the average rebound relationship will last 5.2 months.

That answer feels right to me based on my years of experience with clients who have worked on winning their exes back despite there being another woman (or man) in the picture.

Of course, this is just an average, and rebound relationships can be much shorter. But we do usually say, once it’s been eight months or more, you are looking at something more serious.

So we have our answer to the first question, but for me, the more interesting question is, what does that relationship and its eventual end look like?

I started asking more questions of people and found there are four patterns or four phases to a rebound relationship.

Expect this phase to last about one month in a rebound relationship.

The honeymoon period is where your ex and the person he or she is with are having fun. The new person can do no wrong. They look at them as the epitome of everything they’ve ever wanted in a partner.

It’s the first flush of love, where everything is new and shiny.

There’s not much you can do during this period; trying to get your ex back right now will most likely backfire as they are enjoying this honeymoon phase.

But often, your ex has jumped into something new with someone to replace that feeling of being in a real relationship with you.

Your ex can’t deal with their feelings about the breakup and their lingering feelings for you, and so try to soothe themselves by concentrating on the next best thing.

This is often the first person who comes along, and this person is rarely a great fit for them.

This hurts. So don’t look at their social media and don’t stalk the new person. Keep yourself busy being awesome, and remember that social media does not tell the whole story.

In fact, the more they show off their new relationship, the more you can think to yourself…who are they trying to convince? Themselves? You, their ex? The new person?

This is especially true if they are not usually the type to post lots of loved-up content for all to see.

Be reassured that the faster they move and the more deliriously happy they seem, the more this relationship is a rebound.

But don’t worry. Trouble is on the horizon.

Phase 2: The Cracks Begin To Form

So, where phase one was all sunshine and rainbows, phase two is where you start to see the cracks beginning to form.

You can expect this phase to last about two to three months.

How do you know these cracks are beginning to form?

It’s very likely that the beginning of the end comes when they have their first fight.

This can be over something apparently trivial like one partner often being late, or a throwaway comment that isn’t appreciated by the other.

As they get to know each other better, they will inevitably find out things they don’t like about each other. The hastily-entered relationship will begin to falter.

You might not be in a position to see this first-hand, but you might notice a drop-off in the happy social media posts, or hear via mutual friends that things are not all rosy.

In my own first relationship, the honeymoon period lasted exactly one month to the day.

Things began to seem different when we had our first argument, which was about her hanging out with another guy without telling me she was doing so.

She later had a sleepover at his house with her friends.

I’m sure you can agree, that’s not exactly a thing that most guys would be okay with.

What’s interesting is that from that moment on, the whole mood changed. The cracks had begun to form in the foundations of our relationship.

We began to fight a little more frequently, which of course led to phase three…

You can expect this phase to last probably around a month.

So how does this happen?

We talked in the last phase about the cracks beginning to form.

When things get difficult, what tends to happen is one of two things – a partner will either fight or flight.

I chose the fight option in that first relationship of mine. I was really upset that she’d stayed over at this guy’s house. Even though it was with friends, I still felt uncomfortable about it.

Could I have done a better job at communicating my feelings? Absolutely. But I was young and inexperienced and when emotions run high, logic runs low.

So we began to fight more.

But what’s interesting is that not everyone will fight.

Some people will ‘flight’ – they will run away and avoid the problem.

You might notice your ex is a little less responsive. Something seems to be bothering him or her, but when you ask them what’s going on, they’re not very forthcoming about their emotions.

They seem to be deep in thought, considering whether they want to be in their relationship or not. This is someone who’s taken the flight option.

If you’re not really in contact with them, you might again notice a downturn in the positive social media posts and check-ins. You might hear less than positive things on the grapevine.

They are pulling away from their current partner, wanting to avoid fights. They aren’t communicating properly with them, and resentment is building.

This is where they realize that their rebound relationship is not perfect, and begin to think about whether it’s the right option for them or not.

Of course, you know that the right option is you. At this point, you need to make sure you are creating a new narrative about yourself, and that your ex can see it.

Post fun new things on social media – there’s a 90% chance he’ll creep on it (this is scientifically proven). If you see him, show him the best positive you that you can be.

You want him to start to think about the happy memories you have together.

As I said before, you might not be in a position to observe how your ex seems to be feeling in any of these stages. You simply have to hang in there and wait for a sign, or (hopefully) the end of the relationship.

This phase is the end. One or both of the people in the rebound relationship have that ultimate epiphany where they realize that they don’t want to be in the relationship any more.

There’s no real timeframe for this. Basically when they have this epiphany that’s it, they will end the relationship.

So what is an epiphany in this context?

Well, it’s an ‘Aha moment’, where they come to the realization that they really don’t want to be with the other person, and that changes their behavior, and how they look at this relationship.

A fight can trigger this realization. A simple irritation at something a partner does can set it off. You being the Ungettable Girl can do it.

If he’s starting to think, “You know what, this was a nice fling but it’s not what I really want”, you have a better chance of showing him you are what he really wants.

So it’s no longer sunshine and butterflies, happiness and fluffy clouds. Dark days are on the horizon.

They have realized that it takes more to stay with this person than not be with them.

Now this is true for any relationship. Relationships, especially romantic ones, take hard work. The payoff can be great, but you have to be ready to invest a lot in each other.

Rebound relationships are built on a weaker foundation. They have usually progressed too quickly, the partner has been chosen to buffer to your ex’s sore heart, and maybe your ex isn’t quite over his or her feelings for you.

Thus the rebound type of relationship is more likely to fail, because the initial solid investment isn’t there.

The phases stay relatively the same because by nature rebounds are the shortest relationships anyone can go through.

What Do You Do If Your Ex Is In A Rebound Relationship?

My first piece of advice is to take the quiz right here on the website, which includes questions about your ex seeing other people. Then we can get you started on exactly what you should be doing, assuming you do want your ex back.

I also have a lot of resources on how to deal with an ex who is in a rebound relationship, and the Ex Boyfriend Recovery Pro program goes into lots of detail on this.

You could start with this article: Signs Your Ex Is In A Rebound Relationship.

And if you leave me a comment below, my team and I will always do our best to answer you.

This is one of the toughest situations to deal with, but my clients have lots of success stories of getting back with their ex despite there being another person on the scene.

52 thoughts on “The Phases Of A Rebound Relationship”