Being “seen-zoned” by their ex is something everyone has either faced or been afraid of at some point in their lives because there is no worse feeling than knowing that someone deliberately ignored you.

Today we’re going to talk about why your ex reads your text messages but doesn’t reply and what to do in that situation.

And if you stick around until the end of this article I’m going to even show you the cocktail of tactics that could get them to reply when it seemed impossible in the first place.

Why Would An Ex Read Your Message But Choose Not To Reply?

Let’s explore why your ex would see your message and not respond because you need to truly understand the reasons so you can avoid them and get your ex to respond.

In my experience, there are three primary reasons for your ex to read your message but not respond:

This is a problem that we had with a recent coaching client of mine where we crafted what I believed to be the perfect text message to get her ex to bite.

The problem was that she texted her ex when he was visiting his family and he was very particular about not wanting to get distracted when he was around family.

So she sent the text message, and he didn’t reply.

Later that day, her ex posted a picture of himself at home with his family, and that’s when we realized that we picked the wrong time to reach out to her ex.

This is why I always advise my clients to guess the best time to text their ex.

Sometimes this is a guessing game because you have no way of knowing exactly what your ex is up to, but if you’ve been together for some time, you’ll have a pretty good idea of what your ex’s schedule looks like.

Maybe you’ll know that your ex doesn’t do much between 9 pm and midnight, so that might be your best shot of getting a response.

Your ex has to be near their phone, and they must actually have sufficient time on their hands to respond to you.

However, even texting at the right time of the day doesn’t mean it’s the right emotional time for your ex to respond…

Reason #2: The Baggage Is Too Much To Overcome Right Now

Over the years, I’ve learned that while the five stages of grief do reflect the way people deal with breakups, they don’t always happen in the “correct stages.” 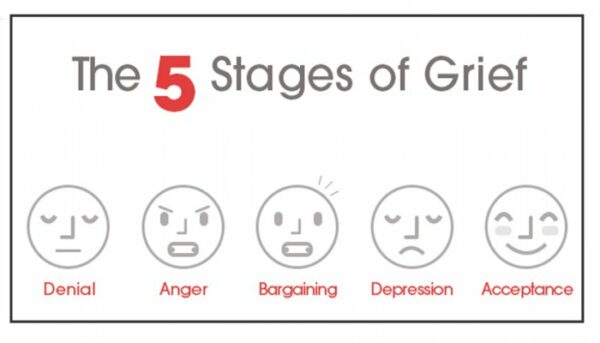 Sometimes anger lasts a lot longer than you’d expect, and sometimes people swing back and forth between anger and acceptance or other stages again.

One thing we’ve found is that if you went through a particularly bad breakup with your ex and there’s a lot of baggage there, sometimes they just don’t want to talk to you.

I suppose you could even loop this in with timing, but it’s deeper than that because if there’s too much baggage, it doesn’t matter whether they have free time.

Typically speaking, if you’re sending a text to your ex and they’re not responding, its probably because they’re still holding a grudge over how the breakup went down or how they were treated in the relationship.

Now to make matters even more complicated, a lot of women will come to me and say that their ex broke up with them, so how does it make sense for him to hold a grudge?

Here’s the thing- men love to paint themselves as the victims of a breakup, so their line of thought goes, “you made me break up with you.”

I know it doesn’t make much sense. But honestly, do emotions during a breakup ever make sense?

Sometimes your ex might even be over the initial emotional baggage, but they might not reply because you didn’t give them much to respond to…

I think this is the most common reason for your ex not responding.

Throughout our relationships, we all grow complacent as we get used to the patterns and routines that we go through daily.

Those patterns include the way we start conversations.

So, it’s completely normal to start a conversation with a simple “hey, what’s up” when you’re together but that is NOT the case after your breakup. 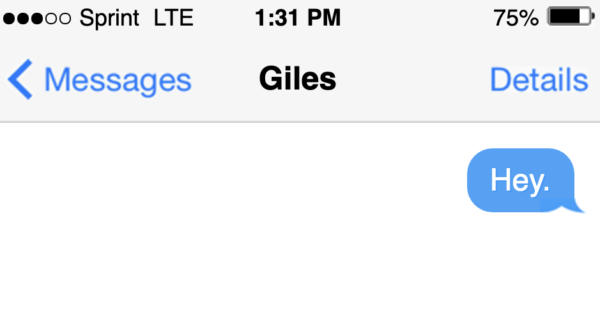 When you’re in a relationship, your significant other kinda HAS to reply, but your ex has no such obligation to you.

Sometimes people don’t realize this, and they try to text their ex the same way they would as if they were in a relationship.

If you’re texting your ex with not a lot of thought or curiosity embedded into it, a lot of times, the text message just isn’t enough to yield a response.

They’ll see your text as meaningless and won’t feel the need to respond at all. If anything, a simple “hi” might even offend them if you had an especially nasty break up because they can’t just let you back in for no reason.

You have to catch your ex off guard a bit and create a hook that gets them intrigued enough to want to talk to you.

How Do You Get An Ex To Reply To Your Text Messages?

Now that you know why your ex isn’t responding, let’s fix that.

Getting your ex to respond to your text messages is a function of four things.

These four things basically take the reasons for why your ex seen-zoned you head-on and use them as an advantage.

This totally helps with the baggage aspect of the breakup.

If your ex is holding a huge grudge the breakup, then the baggage of the relationship makes them not want to reply to you.

The best thing you can do to help them get over this baggage is to give them time.

You should go straight into a no contact rule where you don’t reach out or reply to them for a certain period of time.

There are a lot of different psychological reasons for why this works.

People often see the no contact period as a ploy to make their exes miss them, but we actually think that its more than that.

This time is useful because it’s an excellent time for you to focus on yourself.

When you focus on yourself instead od your ex, you blossom into the best possible version of yourself, so when you finally talk to your ex, they see that you’re a new and different person.

More than anything, the no contact rule helps this particular situation by giving your ex enough time to calm down about the baggage that they may be holding on to.

Simply put, you need to give your ex an interesting reason to respond.

Embedded curiosity is created when there is an unanswered question that your ex wants to get answered, so they HAVE to reach out to you.

Oftentimes I mention the concept of the Zeigarnik effect that states that people remember incomplete or interrupted tasks better than completed ones.

Hollywood has gone to town with this idea with its use of cliff hangers at the end of every episode that leaves the audience wanting more.

When you message your ex, it’s not just about sending an unanswered question, but about embedding enough curiosity to make them respond to ask what you need.

A lot of women and men have difficulty figuring out how to do this… that’s where the next point comes into play:

A few years ago my wife came up with the idea of a damsel in distress message that taps into the hero complex of an ex and makes them want to respond.

We only mentioned this is passing, and a few women in our private Facebook support group started coming up with their own damsel in distress messages to get their exes to talk to them.

We couldn’t ignore how successful these messages were and how quickly they got responses, but like with anything else there’s a right way of doing this and a wrong way. Today I’m going to show you a few of our most successful damsel in distress text messages that you can use to get a response from your ex. The blank can include anything from cooking to exercising as long as its something that really matters to your ex. The whole point is that you’re asking your ex’s advice on something and making them feel like an expert if they can help you out.

Text # 2. I have a big problem and only trust you for an answer This is one of the most direct versions of a damsel in a distress text message that you will ever see, but hey, it works!

The thing with this text message is that you actually need to have a problem for your ex to solve. Saying this and then having to admit that you only said it to grab their attention isn’t exactly a great way to get your ex to respond again. You won’t be able to keep track of any white lies either, so the good idea is to use a real-life problem and add some sprinkles of exaggeration.

Thing #4: Your Overall Goal Shouldn’t Be A Response, But A Positive Conversation

A lot of people look at text messages as the be-all-end-all for their conversations with their ex. However, focusing too much on the little details can make you lose sight of the ultimate goal- having a positive, satisfying conversation that makes your ex want to talk to you again.

You need to have a paradigm shift here and realize that having the perfect damsel in distress message isn’t the entire game; it’s just a small tool that you can use to play and win.

The damsel in distress message can get your ex to respond, and that’s great. But let’s be honest; you want more than just any response. You want your ex to have a normal conversation with you.

Here are a few tips to have a positive conversation:

Don’t plan it all out ahead

We’ve tried that in the past, but it always goes south because there are SO many factors that you simply cannot account for. Just go in and try to have fun with the conversation!

Try to keep your messages as interesting as possible

Your ex needs something to respond to so make sure that your messages are engaging and they have an obvious or natural response. Avoid using any blanket statements because they don’t leave much room for conversation.

Open-ended questions are great because they enable your ex to respond however he wants to, and that could steer the conversation down a more positive path.

This will hopefully create a cliff hanger that can make your ex reach out to you next time.

Your ex might not be responding to you because they’re short on time, they have too much emotional baggage, or because your message just wasn’t interesting enough for them. Either way, these four things will help ensure that your ex responds to you: