You’re probably here because you had a mutual breakup (or you think you did), and now you’re regretting it and wondering if there’s anything you could do to get your ex back.

The first thing we’re going to talk about today is whether your breakup was actually mutual.

I’m not only going to tell you what a mutual breakup is, but I will also tell you why it’s super rare, and you might not have one.

After that, if you’re still convinced that you’re one of the lucky few with a mutual breakup, we get into how you can use that to your advantage when getting your ex back.

What Is A Mutual Breakup?

First of all, let’s define what a mutual breakup is.

A mutual breakup is a breakup in which both parties decide to go their separate ways and agree on it.

We actually see this from celebrities all the time.

They’ll get their PR person to draft something about how the couple amicably went their separate ways to live their better lives.

Yes, I’m talking about that long note on a white background that both partners share on their Instagram stories on the same day. However, the truth behind these “mutual” breakups is a little different…

I want to preface this by saying that I do believe mutual breakups can exist.

To prove this, I ran a fascinating poll on our private Facebook group.

I wanted to get an idea of what the spread of breakups was in our Facebook group so we could see who broke up with who and whether the breakup was mutual.

The three options were:

Unfortunately, only 3 out of 64 respondents said that their breakup was mutual. These 64 responses were only in the first 20 minutes of the poll going up.

While I agree that number doesn’t represent the experiences of everyone there, it was a pretty accurate sample… as later results showed.

Within 20 minutes, about 95% of respondents agreed that their breakup wasn’t mutual, and one party had initiated it.

So, what’s my point?

Well, mutual breakups CAN exist, but they are extremely rare.

It highly unlikely that you have a mutual breakup.

It doesn’t bring me any happiness to do this and destroy your idea of your breakup, but it is what it is.

When it comes to breakups, here’s what everyone knows but is too afraid to say:

A breakup is simply someone admitting that they can do better than you.

How likely do you think it is that both parties in a relationship come to that same conclusion at the exact same time?

So, by nature, a breakup is selfish because one person always has the “grass is greener” syndrome, where they’re convinced of a happier life or a better partner after the breakup.

To illustrate this further, I’m going to tell you one of the best breakup stories about mutual breakups that I’ve ever heard.

The Strange Case Of Divorce Parties And Mutual Breakups

Have you ever heard of couples throwing divorce parties?

Essentially, the perception/conception of the idea of a divorce party revolves around the idea of having a party celebrating your divorce from your partner. The party symbolizes a formal and publicized end of a marriage where both parties are moving onto greener pastures.

Having a big party with all your friends around (especially people who were at your marriage ceremony) sounds like a great and mature way to handle a breakup and wish each other a better life… in theory.

One of the first widely publicized divorce parties was that of Jack White and Karen Elson in 2011. Their divorce party became such a big story that their publicists went to rolling stone to post an article about how the couple remains on good terms, and they’re having a divorce party to handle their breakup.

So, in 2011 they have the divorce party and go their separate ways.

Sounds great, but was their breakup truly mutual?

Well, two years later, in 2013, Karen decided to take out a restraining order against her ex-husband.

Doesn’t sound so mutual now, does it?

Again, I’m not trying to say that mutual breakups never happen… it’s just that in my years of experience studying relationships and dealing with clients going through breakups, truly mutual breakups are incredibly rare and unlikely.

Sometimes couples may even begin the breakup as being mutual, like Karen and Jack, but it can quickly devolve into some selfish behavior.

Imagine you go through a breakup with your ex, and you think its mutual, but somewhere down the road, you decide that you made a mistake and want to get back with them.

The breakup stops being mutual that very instant because you changed your mind.

My point is that a lot of times, people who say that they have mutual breakups haven’t really let a lot of time go by for their emotions to settle and truly make that decision. Sometimes as time goes on, people may even start getting jealous of their ex’s new love interests and that can throw the whole “mutual” idea of breaking up in the air.

I’m Sure My Breakups Was Mutual, What Now?

Let’s say you’re one of those rare couples where you and your ex are both super mature and actually had a mutual breakup, what does the strategy for getting them back look like?

What changes should you make to the general strategies of getting an ex back?

Because something fundamental has to change for you both to mutually reverse your decisions, right?

To be honest, I don’t really think much changes as far as the ex-boyfriend recovery process is concerned.

You still want to follow the steps of the no contact rule, value chain or value ladder, obtain the Ungettable mindset, kill it at texting, make sure you own each date, etc. 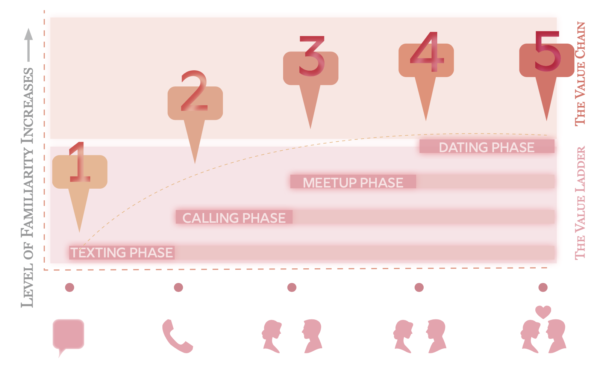 So, the general strategies don’t change.

If you’re unsure of these strategies, hop on to my blog and browse through some of my other articles that cover each one of these little strategies.

That said, there is one little final twist that makes the general strategies work even better in those rare truly mutual breakups:

Your Ex And You Will Probably Grieve On The Same Wavelength

This is interesting because there are only three types of breakups:

The grieving process for each of these is different.

For example, if you broke up with your ex, your ex is much more likely to grieve than you are at first.

If your ex breaks up with you, it’s the opposite.

But what happens when you both break up with each other?

Well, you both almost grieve at the same wavelength.

A great example is if you’re hinting your ex towards engagement rings while they’re clearly getting defensive about it because they’re not ready. In that example, you have a massive disconnect with your ex and are not on the same wavelength.

So, with mutual breakups where you’re both truly on the same wavelength, you can employ the gut feeling technique.

This basically means thinking that if you’re feeling a certain way, your ex is probably feeling that way too. You and your ex will probably be grieving in the same way, at the same time, and with the same intensity.

There might be a little bit of a lag for one person because everyone has their own personality. Still, generally speaking, the grieving process is much more synchronized in mutual breakups than it is when one party breakups up with the other.

You can use this when you’re trying to get them back. If you are deeply missing their presence, chances are they’re missing you too so you can capitalize on this mutual feeling of loneliness to get their attention.

For example, perhaps you’re up late at night and you notice your ex is online.

You know it’s too late for them to be up for any normal reasons so they’re probably up missing you. That could be a great time to either reach out to them directly or post something online that makes them want to reach out to you!