You know the things about marathons…

There are two types of people who run them.

But then, there are those that train, run one race, cross that finish line, and then go back to their everyday life.

A lot of people get into running expecting to it to change their lives. They don’t realize how much work goes into making the lifestyle work.

How do I know this?

Well, because I am one of those people.

I wanted to love running so much that I bought several pairs of those expensive running shoes with those special soles made to make it feel like you’re running on fancy little angel clouds. I’m pretty sure I bought the entire line up of Nike Pros. But that was probably more because the shorts are insanely comfy than my desire to begin running as a hobby.

But the truth of the matter is… I hate running. Not because it wasn’t therapeutic, because it was, at least until the pain kicked in. My knees definitely do NOT like running. What I’m saying is that a lot of the time we chase things, sometimes literally chasing, imagining what it will be like once we get it, and then realize that it’s not as exciting as we imagined it would be.

One of my favorite teachers once told me that life is worth the effort you put into it.

Well, this isn’t any different.

I’m from a tiny town in the middle of nowhere. You know the type, the one that everyone is dying to leave, but then somehow end up coming back after years and years of searching for happiness in places anywhere but there.

There are too many songs about getting away from the small town that feels like being trapped in a box. So, it can’t be just me. The start of a relationship is all about a sea of emotions flooding over us causing us to imagine what could be on the most positive scale. For most women, the promise of a knight in shining armor. For men, I assume that there’s some similar version of a perfect life, like models who serves hot wings and beers in a bikini.

It can be overwhelming, thinking that you could possibly have something that you want that you’ve imagined an unlikely perfect future.

I mean when you first meet a guy, he is putting his “best” foot forward. By best I mean the foot he thinks you want to take home, the perfect fit for you. And you start thinking of what it would be like to live happily ever after with them. Don’t feel bad. It happens to everyone. For some people, it starts before words are even exchanged.

Every single person that has ever felt love on any scale has this little voice in their head that tells them that there is a happy ending somewhere in the future for them.

The thing is, movies, shows, and stories have happy ENDINGS that aren’t really endings at all. They never tell what happens after the guy gets the girl, or the girl gets the guy, or they get married and happily ever after.

I think happily ever after is more like a pipe dream.

Building happy lives takes a lot of work and it doesn’t come easy.

Why Do Guys Get Bored?

Once couples fall into a comfortable pattern, it is not unusual for it to feel like something is missing from their lives. This can be spontaneity, passion, excitement, or a number of other things.

There were tell-tale signs I suppose.

I mean, one of them got bored with his car, so he sold and bought a new one in one day. Then a few months later, he got bored with our relationship, so he ended things with me and picked up a new relationship less than a few weeks later.

So what causes this feeling?

The gravity of the relationship too overwhelming

It’s true, some men just can’t handle the seriousness of a relationship. All the want is the perks and none of the responsibilities.

Sometimes that seriousness sneaks up on a person without them even noticing. They get what they want, what they worked to get, and then they sink into a kind of comfortable rhythm without noticing.

Like when you begin to dance with someone new and without even noticing you fall into a comfortable rhythm. Like Cinderella, he suddenly realizes how much time has passed and panics at the possibility of turning into a pumpkin… or however that story went.

Basically, he suddenly has the epiphany that he could get hurt or in his mind even worse, could end up never being with another woman. I know hearing that from this side of things is not easy to think about. But most men imagine that they will get to go through many women before they find one that overshadows them all.

Don’t feel bad, there is a percentage of men that have evolved past that way of thinking. Don’t lose hope just yet. He could still evolve in time.

There’s another thing that might get overwhelming. If he pulled back and you latched on like one of those barnacles that attach themselves to the bottom of ships, then he’ll pull alway and distance himself permanently.

He isn’t sure if he deserves to be happy Having conflicting desires can happen in anyone’s mind.

Passionately happy and comfortable happy are too separate things.

A passionate kind of happy moves too quickly for anything to overwhelm or underwhelm. It’s like being swept away in a fast moving river. You don’t realize how far you’ve gotten until you find your footing.

Comfortable can be really scary, especially if you have spent your entire life watching couples fall apart. And let’s face it, these days relationships are falling apart worse than those Nutrigrain bars that crumble if you even think about picking them up.

Well, I’ve got some bad news.

Just imagine if you were in his shoes. If you felt even slightly uncomfortable in a relationship, wouldn’t any kind of… hovering… make you MORE uncomfortable? So, backing away is your best option, it’s really your only option if you don’t want him to flee even faster. You might as well, pull a Scar from Lion King. Use the Distance To Your Benefit

Using No Contact to give him space to grow is key.

But don’t just sit and wait for him to miss you.

That would be a waste of time. Plus it would make it WAY too easy to pine over him and even cyber stalk him.

Be honest with me.

How many times have you checked your phone today?

How about his social media?

I get it. The not knowing what’s going to happen gets to you.

Think of the emotions you are feeling as a bunch of cute little gremlins when they are harmless. There are lots of rules.

No bright light. Don’t get it wet. Don’t feed it after midnight. Do you remember what happens if you do these things? You will be overwhelmed with the fear of the distance growing between you. And it will bother you until you give in. And once you feed that fear… it will grow beyond your control.

Why do you think so many men have “crazy exes”?

You don’t want to be one of those… right?

So here’s the goal. You want to try and spark his interest in you again.

Clearly, he found you irresistible at some point? Usually, at the beginning, the reason that guys are so drawn to a woman is because she as her own dreams that she is chasing, her own life that she is living.

It’s wrong, but a guy friend of mine explained it to me once as a “need to possess.”

He asked me what I thought guys liked so much about luxury sports cars.

Basically, what it boils down to is that, in their mind, it is something that they can’t possibly possess. With women, they see them as out of their league. It becomes a challenge to try and possess them.

It made sense to me.

like I said earlier, I dated a guy who was super excited to buy his SUV when he got it. But, within a year, he was trading it in for a sporty sedan with all the after market add-ons he could get.

It was like he had the attention span of a hummingbird.

For those of you interested, that is about 3 seconds. I Googled it.

A goldfish is about 9 seconds.

Anyways, what I’m getting at, is that after a couple becomes a couple, they end up making compromises to merge their two lives into one, or at least make them fit together life puzzle pieces. Thes compromises tend to make them feel like they possess you somehow.

It’s not just guys that do this.

It happens on both sides of the relationship.

Heck, it even happens with phones.

Why do you think they release a new phone every year or so? 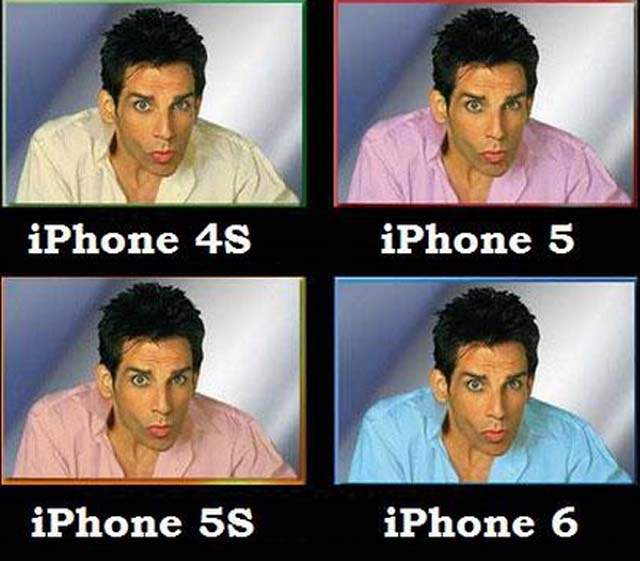 It’s not like they make huge changes. They just add a new color, make it hold more data, and slap something shiny on it and everyone lines up around the corner days before they release it.

All they are doing is reintroducing an old product with a few upgrades. So why couldn’t you do the same thing with your ex?

Chris calls this tactic “Becoming the Ungettable Girl.” And, to be honest, it is probably the sole reason I agreed to come on at ExRecovery.

I truly believe in this part of the process more than anything else.

If I could I’d shout it from the rooftops but I’m pretty sure that would land me in some sort of therapy.

I know you are probably getting pep-talks from your gal pals and at least one of them has probably told you that you are too good for your ex. Well, whether they have or they haven’t yet, I agree with this statement partially.

That sounds like I’m saying you aren’t too good for your ex.

Why would I do that?

I want you to prove me wrong.

List me three things about you that make you too good for your ex. (Go on. I’ll wait.)

Did you have a hard time thinking of three?

Okay, now tell me why you deserve to have him back?

Those are hard questions to answer, right?

It’s not easy to think of good things about yourself when someone has made you feel like you aren’t worthy.

What If I told you that all you have to do during no contact is learn how to change the way you see yourself?

You would believe me, would you?

It’s okay. If I were in your place right now, I probably would be a little skeptical too.

But, I want to link you to an article I wrote a while back that covers this part of the process with all the detail you need to become not just “good enough,” but “better than” in your own mind.

Why be good when you can be better?

Why be better when you can be the best?

26 thoughts on “My Ex Boyfriend Got Bored With The Relationship”