Let’s be honest. We all love, want, need, and crave sex.

What makes you think your ex is any different?

Any man will tell you that sex can be perfectly meaningless or it can be life-altering, it all just depends on the woman he is with. Now, I’m not saying that your ex is purposely seeking out sex from random women, but what I am telling you is this… BE PREPARED FOR HIM TO BECOME A CASANOVA!

Just because you’re not out having sex because you still happen to love your ex, does not mean that HE is doing the same. Yes, he more than likely is still in love with you and remembers every little detail of his time with you. Regardless of who broke up with whom, I guarantee that he is trying to play the field right away. In his mind, he needs to assert his manliness by bedding as many women as possible.

As uncomfortable as that thought is for you, you have to accept the fact that the two of you are no longer together. He is free to do whatever he wants with whoever he chooses. Remember that this also means that you, too, can be having sex with whoever you please. But that’s up to you.

Take the time to cry about it. I advise you, however, to NOT confront him about it. I repeat, DO NOT CONFRONT HIM. make a resolution not care what he is doing while you are apart. It is easier to avoid confrontation if you don’t have something to set off moments of extreme emotion where you are tempted to do something drastic without thinking through the effect it might have on the long term goal… getting him back.

No man will want to hear that you’ve moved on either. And even if he has no intention of getting back together he will secretly want you to pine for him forever. So, if you do date and he happens to find out, there’s a possibility that he’ll try to flaunt his “conquests” at you, to inflict the pain on you that he feels. Then again, there are men who do this just because they’re mean and vindictive. Sadly, so many men.

Again, DO NOT REACT TO HIM IF HE DOES THIS!

How to Deal With the Feels

What should you do about it out in the open?

My advice to you is to employ the “Being There” method to wreak havoc silently on the new relationship.

By “being there” constantly in his life, your plan is to slowly tear them apart.

Women are famous for catching feelings after sex. Most of us have probably done that even if we swore we wouldn’t get attached. Let’s face it, the oxytocin released during orgasm helps create that bond. The “feel good” hormone can mess with us all. However, do not take this project lightly. You already know him, so you have a clear advantage over the new woman. This doesn’t mean that you should stop getting to know him. This means you know which questions to ask. You know which nicknames to gently tease him about. You know how to make him smile. You know how to get him to open up and talk. This does NOT give him a pass to talk freely about the other woman. You are not one of his guy friends. You can very politely tell him that, as well.

Then redirect the conversation to fun things the two of you used to do together.

If there is a show you both like, talk up the latest episode. Ask him if he has seen the preview.

Ask him if he wants to go hiking with you, just as friends, of course.

Call him just to chat when you know he is with her. Talk to him about mutual friends.

Ask him to coffee if you are close. You are going to insert yourself so much into his life, even with her there, that it will drive her insane that he still talks to his Ungettable Girl ex. Which reminds me…

You should still be working on becoming the Ungettable Girl. Remember, he still isn’t yours yet. By being there and moving on without moving on, you show him that you are a desirable woman. A hot commodity.

You are going to use your sex appeal and what you already know he likes to your advantage. Wear that sexy red dress and killer heels that you know gets his blood pumping. Flirt like crazy with the other men around him, but not him directly.You don’t need to be over the top with this. even light flirting with someone else will be noticed.

Playfully reach over and touch his hand or arm, even if it is just reaching across him to grab your drink or a napkin. Smile, laugh, and be everything that the other woman is not. Do not be overbearing. I still find it important to follow the texting schedule of taking a few days off here and there and making sure your social media is on point. That means posting pics of you out having a great time with friends. This means showing your travel adventures off. This means showing off your new athletic skills. Make her wish your life was hers. Make him wish you were his instead of her being his.

Get him to do friend activities with you that she isn’t interested in. If there is a movie you know he would love, go see it with him. Do you both play soccer or volleyball? Ask him to join your league in the guise of your team needing another co-ed player.

You can also invite him, and by default her, along on group activities with mutual friends. Yes, you can still showcase your flirty skills. Another bonus? She will feel like a complete outsider. Plus, laser tag is a great way to take out your frustrations on her and leave her in the dust! 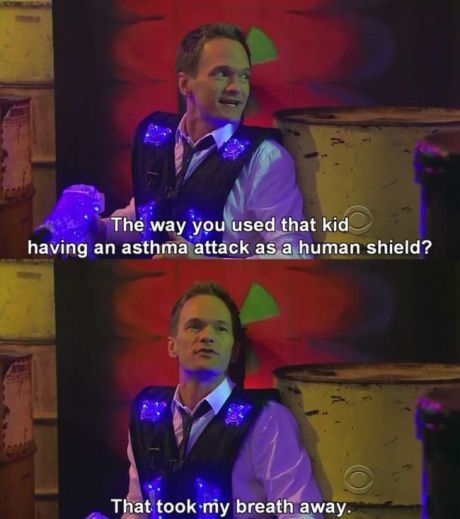 I’m not sure this is in the “Being There” method since it is fairly new, but I personally would introduce myself to the other woman. Be as cheerful and happy as you can be. Be effusive. Make sure you say in front of him and her that you are your ex’s FRIEND (definitely stress that word) and then smile. She will be thrown off and he will be left explaining who exactly you are and what history you have. Make sure you are gorgeous when you do it, too. A fresh cut and style, a put together look, with your makeup spot on, and a smile on your face will automatically make her double check her appearance. It will also make her self-conscious, even if she wasn’t before.

You are going to be so much up in his business that you are going to be the third wheel. Even if you aren’t in public with them, she will be left wondering about you constantly. I bet he will let your name slip a time or two, unintentionally setting the stage for more doubt.

This is just a reminder, he does not get to discuss his relationship with her with you. You do not encourage him to do so. If he wants to discuss that, end the conversation by either redirecting the topic or getting up to leave.

It is both disrespectful to you AND to her for him to put you in that position. Do not tolerate it.

It will also, again, be up to you whether you can accept the fact that he is having sex with others. It is best to remember that the two of you are just friends at this point and not in a long-term and committed relationship.

You have to remember to not get emotional in front of him about it. I don’t care how much of a dagger to the heart it is, you have to let it slide for the time being. Remember that more than likely, this is a rebound relationship for him. He needed to feel like he was in charge again. Just like us women, he wants to feel desired again. He will not have forgotten all of the good times the two of you had together. Yes, even after that dreaded 21-45 day No Contact period.

Now your foot is in the door. Show him the girl he originally fell in love with. Show him how fun and adventurous you are. Show him how happy you are. He will want to be an integral part of that happiness.

Now, once she inevitably kicks him to the curb for being too friendly with an ex, is your time to pounce. Claim what has been rightfully yours all along.

The key here is to make sure that you are absolutely certain that you are capable of a relationship with him knowing for certain that he had sex repeatedly with another woman. Granted, he wasn’t yours at the time, but he still was intimate with her in ways that he will be with you.

Are you able to put that, like your old relationship, in the past? Think hard about it before you accept his offer of a commitment. Will it forever weigh on your mind or will you be able to accept the fact that, like before your previous relationship, he probably had sex with other women as well?

You cannot question him about it. Remember that you asked him not to discuss it with you. Hopefully, he has fully respected that and regarded your feelings. If it will nag you forever, make sure you get counseling or refuse to commit to him. It wouldn’t be fair for him to hold your past against you, so it isn’t fair if you are holding his against him. Sex is a required part of any healthy relationship and in order for you and him to be satisfied, you both need sex. If you cannot bring yourself to have sex with him, don’t commit to him. Also, would you want him questioning you about men you were with when you were apart? Regardless of whether you were or weren’t, he doesn’t get to ask just like you don’t ask.

A wise woman on EBR one said, “I know I am the best he’s ever had and he will not find another woman who satisfies him like me.” Keep that thought in your mind at all times. Knowledge is power. You know how to please him sexually due to your previous relationship. You know what buttons to push. You know what turns him on and gets him in the mood.

Remember for your own sake, make sure he is tested for sexually transmitted diseases. You deserve that knowledge, especially if you know he has been sexually active with others. You have no idea what he has been exposed to and the risk is too great to ignore. If he scoffs at getting tested, you have every right to scoff at having sex with him.

One final reminder… The two of you are in a NEW relationship and all of the negativities of the past died with the old relationship. Enjoy the start of a new and exciting adventure.

12 thoughts on “Will My Ex Boyfriend Sleep With Someone Else?”