I have been doing this for a good four years now and there is one question that I get that always kind of irks me.

It’s not that it’s necessarily a bad question or even that it’s the most common situation people find themselves in. However, no matter what this one question seems to get asked on a daily basis.

So, what’s the question?

Ummm Chris.. My exes birthday happens during the no contact rule. Can I break it to wish him a happy birthday?

Hmm… how can I put this…

I have probably told over a thousand women that over the years.

But you know what, maybe a man will soak in the information a bit better 😉 .

Today we are about to make history on “The Ex Boyfriend Recovery Podcast” because for the first time ever, instead of featuring a woman on the podcast we are going to be featuring a man!

Now, the man who we are featuring wished to remain anonymous so from this point on whenever I refer to an “anonymous” I referring to the man who asked the question.

So, his situation is pretty simple,

Video For Episode 57: (Birthdays And The No Contact Rule)

You’ll notice that I have something new in front of my microphone in the video.

One of the biggest annoyances to filming these podcasts was the fact that the pop filter of my microphone obstructed so much of my face, Well, after much deliberation I came to the realization that I was going to have to get a new pop filter that didn’t obstruct my face at all. So, I went online, searched and eventually came across this bad boy, 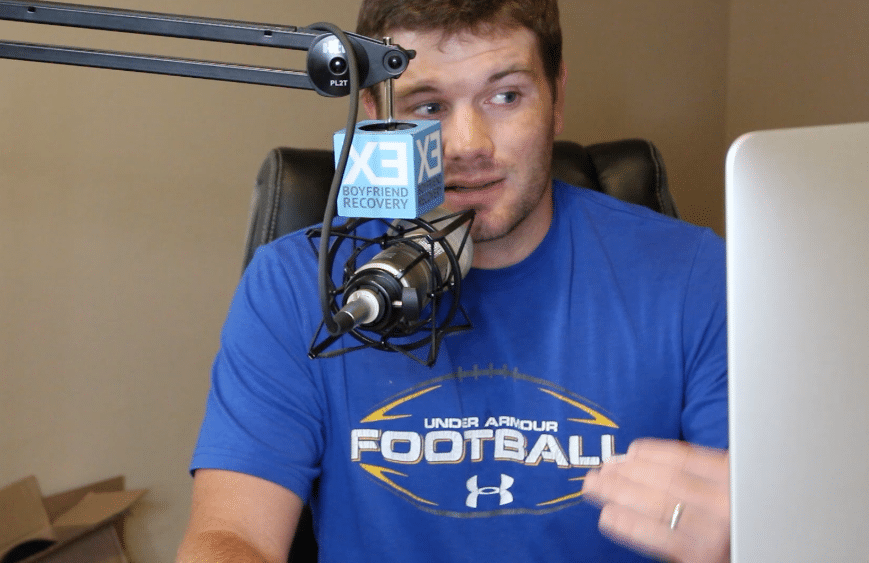 Now you can actually see me when I talk so I don’t look like a robot.

Though now that I think about it maybe it wasn’t such a good idea to show you more of my face. You’ll be able to see every little imperfection or pimple I get.

The Situation Anonymous Is Facing

The Things We Talk About In This Episode

The Transcript For Episode 57