Believe it or not, there is some psychology behind it.

Over the years, we have helped countless exes work through breakups, so we have noticed a few trends. In this article, we will talk about four possible reasons why your ex may be angry with you, even though they broke up with you.

The four reasons are:

So, let’s get started by talking about reason # 1, the Five Stages of Grief.

Reason #1: The Five Stages Of Grief

If you’re looking to understand why your ex is angry with you, even though they broke up with you, the first thing that comes to mind is the Five Stages of Grief. You know, the Kübler-Ross Grief Cycle. If you are unfamiliar with it, here are the stages in order:

Now, the average person trying to explain why an ex is angry with you would probably point to the Five Stages of Grief and say, “well, they’re in the stage of anger”. Next will come the bargaining stage, the depression stage, and so forth.

Well, I’m not necessarily sure I agree with that kind of thinking.

Don’t get me wrong, I think the Five Stages of Grief are brilliant and I think most exes experience each stage to some degree.

I’m just a little skeptical about the nature and the order in which we experience these stages.

That brings us to reason # 2 that I would like to discuss, the Relapse Mentality.

Too often, I think the people who are talking about the Five Stages of Grief haven’t really experienced the stages themselves. Otherwise, they would know that when you have something that makes you grieve, you don’t necessarily experience the Five Stages in the exact order that is traditionally laid out. 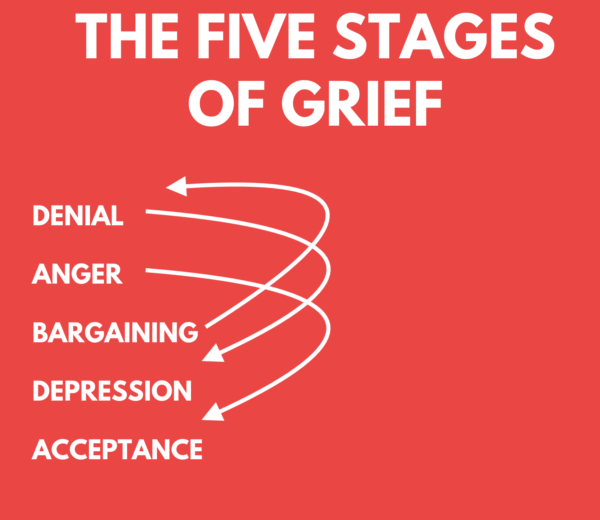 Sure, some people start out by denying what’s happening to them and then go immediately to anger. But emotions are complicated, and some people relapse.

Now, what do I mean by that?

The truth is that everyone reacts differently to things that make them grieve.

So, I think when an ex is angry with you, they are experiencing the Five Stages of Grief, but they may not go through the stages in the order that you would expect.

Meaning, your ex could accept the breakup at first and then later become angry that the breakup occurred, even though they are the one who initiated the breakup.

Or, your ex could have experienced a stage and then later relapse and experience the same stage again – hence, the relapse mentality.

It may not make sense logically but remember this is an emotional process. This brings me to reason # 3 that may explain why your ex is angry with you – change hurts.

That is a quote from a book called Parable of the Sower by Octavia Butler. 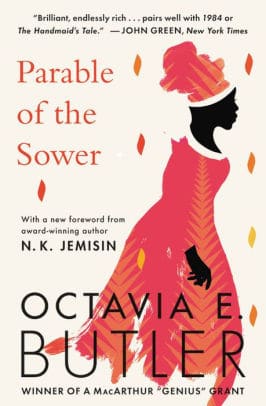 Now, what is this quote saying? Well, it’s saying that change is one gigantic constant in our lives and, quite often, people do not respond well to change.

Now, the smart thing for all of us to do is to embrace change and understand that change is a daily part of our lives. It will never go away. But that’s not what most people do. Many of us tend to wake up and expect today to be like yesterday.

We stick to our routines and do what we are used to doing, because it’s comfortable for us – and people like feeling comfortable. But, that’s not how life works.
Change is a one constant force.

So, how does this have anything to do with your ex? Well, even if your ex is the one who broke up with you, a big change in their life has occurred. And, as we already covered, people don’t like change and they start to act a little bit funny when it happens.

That brings me to the last reason why your ex may be angry with you, the Victim Mentality.

I started my company back in 2012, so I have experienced almost a decade of running Ex-Boyfriend Recovery and Ex-Girlfriend Recovery.

In this time, one of the most interesting and alarming patterns that I’ve noticed is the tendency of exes to paint themselves as victims, even if they are the ones who initiated the breakup.

Now, why is this? I mean, the paradox is your ex is the one who broke up with you. Why would they initiate a breakup if they knew it would cause them pain later? Well, I think that’s the key. Your ex did not realize the breakup would cause them pain. But pain doesn’t discriminate.

In their mind, you become the source of their pain. Therefore, they are the victim.

I realize this sounds a little twisted. What your ex really needs to do is hold a mirror up and realize they are the one causing this pain. But emotions are complicated, and this way of thinking puts your ex into the victim mentality. They begin to think that you are the one who wronged them. That is why they’re angry with you. That’s why they are saying these mean things to you.

Now, here is the great news. If they are angry with you, it is not that far of a leap for them to start regretting their decision.

Eventually, they may decide to hold a mirror up to themselves and realize, deep down, that they are the source of this pain.

That’s when regret comes into play. They will start to regret breaking up with you.

Now, I can’t guarantee that is going to happen in your specific situation.

However, I can guarantee that if you spend this breakup recovery time on some self-reflection and on working to actively rebuild your life in all of the ways you desire, you are going to be in a much better place in life when and if your ex does start to regret their decision.

Then, the ball will be in your court, so to speak.

It will be your decision, if you want to take them back or not.

Signs Your Ex Is Pretending To Be Over You