In the past, I have written about the concept of “winning” a breakup. If you don’t know about winning a relationship, then allow me to explain. When a relationship ends, both sides want to be the one to end up being happier than the other.

Most of the time even the person who chose to end things wants to win. Why? Well they want to be assured that:

When people ask these questions it’s because their self-worth gets wrapped up in the answer.

Today we’re going to talk about jealousy. There are several of forms jealousy comes in.

Here are a few signs your ex may be trying to make you jealous and get your attention include:

What we are going to talk about first is WHY your ex is trying to make you jealous.

Breakups are very messy, and pride and ego make frequent appearances. As much as we wish that attention from a man means that they are genuinely interested in us, that is rarely the case.

Is Your Ex Trying To Make You Jealous With Another Woman

Spike: You meet my friend?
Buffy: No. Not yet. But she seems like a very nice attempt at making me jealous.
Spike: Is it working?
Buffy: A little. It doesn’t change anything, but if you’re wildly curious, yeah. It hurts.
Spike: I’m sorry. Or, I mean, good!
-Buffy the Vampire Slayer, “Hells Bells”

As I’ve written before, men and women tend to deal with breakups differently.

Women tend to be emotional in the direct aftermath of the breakup and heal as time goes on. Whereas men tend to jump into the dating scene right away. Then after time passes, the feels hit them in the face, and they are forced to face the reality of their breakup. If a man is bragging about all the women he is seeing or sleeping with, it can be for two reasons.

If he is shoving it in your face, then it is likely that he is trying to get a reaction specifically from you. this could be because he misses you or it could just be because he needs an ego boost. Be careful about jumping to conclusions.

Is Your Ex Trying To Make You Jealous Using Social Media

If he is just putting it out there in general, such as on social media, then he is likely trying to get attention from anyone who will give it to him. So, he might not be specifically shooting for your jealousy.

And I will tell you one thing for sure. The people that post constantly about how much they love their new girlfriend or how happy they are in their new relationship are not secure in that relationship.

Social media has totally changed the way that we operate after a breakup. Back in the day, to stalk your ex you had to call their house or show up to their home or place of work, but now you can see what they are up to at all times, and this makes breakups difficult.

We’ve talked about what it means if your ex boyfriend is constantly bragging about his new relationship on social media, whether it’s on Facebook, Instagram, Twitter, or Snapchat, but what if there is no other woman, but he is simply using social media to show off his new life?

This goes back to the concept of “winning” the breakup. 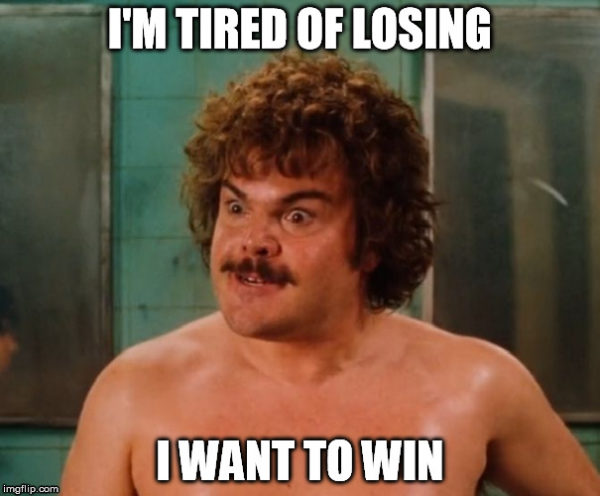 Your ex boyfriend, regardless of if he has feelings for your or not, may be using social media to show off how well he is doing. I mean, social media only gives us a small window into other people’s lives. And most people set up their profiles to showcase themselves in the best light; keep that in mind when looking at ANYONE’S social media profile.

If your ex is bragging about how awesome his life is on social media, it could be that he is trying to make you jealous because he is missing that connection with you, even if it isn’t romantic – after all, aren’t we taught in the Ex Boyfriend Recovery program that we should post our accomplishments on our social media to spark jealousy in our exes, and show them that we are doing just fine without them?

Your best course of action, in any case, is to not give him the satisfaction of a reaction. If you go through No Contact and don’t give him a reaction when he’ s expecting one, then he is likely to start wondering what else has changed.

That’s a key to getting your ex back. Social media can be a very powerful tool in the Ex Boyfriend Recovery journey, but it can also be also very easy to abuse.

When it comes to posting things on your profile, don’t overdo it – an Ungettable Girl needs to maintain a certain level of mystery.

And when it comes to your ex and social media….for the love of Pete, please stop stalking him online. You are only hurting yourself and hindering your ability to stick to the process.

Why is Your Ex Trying To Make You Jealous?

Ok, so he’s trying to get your attention… but WHY?!

If it’s become obvious to you after reading this article that your ex is trying to get your attention and make you jealous, the next logical step is to try to figure out why.

That can be a pain because frequently, it is hard to tell. Some questions you may be asking yourself may include:

This isn’t necessary, but it did help her find some patterns regarding what her ex did or didn’t answer positively.

This does NOT mean you should be checking his Facebook profile every hour on the hour. I know that it is tempting to find any excuse to focus on your ex after a breakup.

If you want him back, though, then you need to turn your focus towards becoming the best version of yourself that you can be. This is how you turn his small actions meant to make you jealous into him chasing you and even fighting for you. Read more about becoming your best self in our Guide to Becoming an Ungettable Girl or any of the many articles on the website that cover becoming Ungettable.

The 6 Things That Are Keeping You From Being Ungettable

EBR 060: Dating Yourself During No Contact With Veronica Grant

Is there a way to tell if him trying to make you jealous means he wants you back? Well, if he has feelings, there will be other signs apart from these jealousy attempts:

If he is just trying to get a reaction, he likely won’t do any of those things. It will likely be just to see you blow up so he can go tell all his friends how “crazy” you are. My advice is to keep your cool, act like you don’t even notice these ploys, and change the subject as soon as you are able. No matter what his motives are, keeping a cool head on your part is the way to go. Jealousy is a very natural, albeit annoying, human emotion that goes hand in hand with relationships these days. Social media makes it impossible not to see our ex’s interactions with other people even if we are in No Contact.

And because both you and your ex want to “win the breakup” using jealousy tactics to get the other person to see how great they are doing after the breakup.

The thing is, if your ex boyfriend is trying to get your attention in any way, it is likely that he cares on some level.

I can’t tell you the exact measure of how much he cares, or in what way. There is no formula. That is something you can gauge through your interactions with him – you have to note the reasons behind your conversations to figure out if he cares about you purely as a way to boost his ego, or if his attempts at jealousy are more emotion-based.

It’s understandable that your ex’s attempts to make you jealous would be painful for you. But I encourage you to not react. Instead, distract yourself by staying busy and act completely uninterested in what your ex is doing. After all, how could a life without you in it be that interesting? And if you start to realize that your ex is using jealousy tactics to be hurtful or toy with you to get a “crazy” reaction, It is time to consider moving on to someone who respects your feelings.

BUT, if he is showing signs of having real feelings and possibly wanting to get back together, you should definitely take care in making your way through the ExBoyfriend Recovery PRO System. It will not only have your ex crawling back to you in no time, it will give you the upper hand if you want to “win the breakup.”

There is nothing like confidence and seemingly not caring to have an ex going, “Hey! wait a minute. I might be missing out!”

So, now that you know why an ex might try and make you jealous and it is likely that your ex is trying to reel you back in… let’s talk about your breakup specifically.

The best part about EBR is that no matter what situation you are in, we can help you turn it around and make lemons out of lemonade. I mean it is literally what we do all day every day. And I don’t mean actual lemonade. I mean helping people in stuations just like yours.

Let our experts help you decide what you next best step is in order to maximize your chances of getting your ex back.

How To Make Your Ex Jealous (Based On Real Life Experiences)

The Best Statuses To Make Your Ex Jealous

Why Is My Ex Jealous That I Am Dating?

34 thoughts on “Is Your Ex Trying To Make You Jealous?”