Being a parent is tough…

Being a single parent is even tougher.

FYI: The woman who is featured on this episode of the podcast wanted to remain anonymous so whenever you hear me referring to “anonymous” I am referring to her.

Video Of Episode 55 (Should You Lie To Your Ex Boyfriend On Purpose?)

I have a bit of a news with regards to the videos.

In the next episode you are going to be noticing some serious quality changes. One of the best things about filming these podcasts is that we are constantly learning new things. And as a result of learning those new things we end up creating higher quality content for you.

So, make sure you keep an eye out for that. 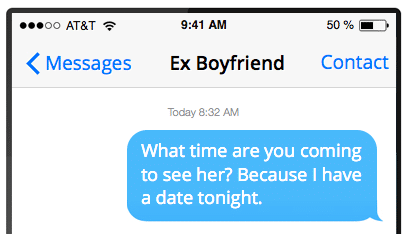 Make Sure You Leave Us A Review

I just wanted to take a moment to make a shameless plus, On an entirely separate and unrelated note.

My podcast is just itching for some reviews.

So, I thought I would ask you guys to hop on over to iTunes and review the podcast. I would love to hear what you think.

For those of you who want a link.

Check it out below,