I’m sure we’ve all heard some variation of the classic “you deserve better than me” breakup trope exes use when breaking up with you.

Sometimes it might even make you feel better, but it’s not that likely.

So, the ultimate question becomes why would your ex say this?

What do they truly mean when they say you deserve better?

Today I’m borrowing from philosophy, psychology, and a real-life example from our private Facebook support group to address why exes say this and whether they mean it.

Does Your Ex Mean It When They Say You Deserve Better Than Them?

In my opinion, after my decades of research and experience doing this pretty much every day, I don’t think your ex is being selfless or truthful when they say this. I would actually argue the exact opposite, so no I don’t think they mean you deserve better than them at all.

If you really think about it, “you deserve better than me” is just a fancy way of saying “it’s not you it’s me” – they’re just being very specific about those “it’s me” reasons.

Now I know some of you are going to sit there and say your ex seems so authentic when they say it that they have to be the exception that truly means it.

The chances of that are very low and I’ll back that up with psychology in a bit but first let’s look into the philosophy of why they’re saying this.

The Philosophy Behind “You Deserve Better” 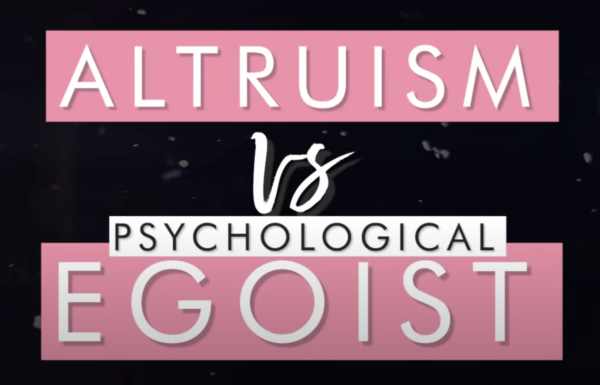 The “you deserve better than me” statement can be boiled down to the famous philosophical debate of altruism vs. egoism/self-interest.

Let’s see exactly what altruism and psychological egoism mean before we categorize this behavior:

We can dig even deeper and talk about “hedonistic psychological egoism”. This is the view stated by the 18th-century philosopher Jeremy Bentham which states that people only ever act in ways which they take to maximize their pleasure and minimize their pain.

Let’s take an example from my real life and see if you think my actions were altruistic or egoistic:

So I’m driving home with my wife and daughter after getting our annual Christmas portrait done. We’re at a stoplight and we see someone holding up a sign, but this was no homeless person like you’d expect.

This was a desperate mother carrying a sign that said, “my child has cancer” and she was trying to raise money to pay for her child’s chemotherapy. I gave her about $20 to pitch in.

Now was this a self-interested act or an altruistic one?

On the surface, it may appear altruistic because I gave my money to someone I didn’t know, but when I really think about it, I disagree.

Did my act help get her closer to her goal? Sure. But the truth is that reading her sign made me feel sorry and sympathetic because I have a daughter too. Even thinking about how terrible it must be for a parent to have a child going through chemotherapy made me want to contribute. I helped her to overcome my own feeling of sadness, so I’d feel better about doing my part. Technically, it wasn’t an altruistic act at all.

You can pretty much apply this to any action in life and see how incredibly rare true altruism is. In a sense, doesn’t your ex leaving you because you deserve better seem like the most altruist act of all?

But in relationships, which we have found to be incredibly self-interested, people are always looking for the best deal for themselves in a partner. It’s even more self-interested when you look at a breakup.

Usually, people break up because they think they can do better, not the other way around. This situation builds up another interesting concept.

A lot of people who use the “you deserve better” line are actually reframing the situation to make themselves look like the hero. This is also known as a “hero complex”. We’ve noticed that people, usually men, like to victimize themselves even if they’re the ones who are breaking up with you.

When they say something like “I’m breaking up with you because you deserve to find happiness with someone better”, it makes them feel like a hero for being the bigger person. Are they really the bigger person though if they can’t even put in the effort to improve themselves for you?

I know you’re still probably thinking that your ex seems too authentic to not be telling the truth so I’m going to share a real-life example and break it down psychologically to explain what an ex means when they say this.

The Psychology Behind An Ex Who Says You Deserve Better

Let’s look at an example of a client on our private Facebook support group who is in this “you deserve better” situation with their ex:

This is an interesting one because the ex is depressed and is using it as a way to get out of the relationship.

They’re implying they’re like a ball and chain dragging her down with their depression so it’s better if they break up.

Now I’m not saying they’re not depressed, they probably are. All I think is that they’re using this “you deserve better” technique to get out of feeling more depressed for leaving her. They think they’re softening the blow, so they do it to save face and not feel like the bad guy. If they can tell you they’re leaving because you deserve better, they can tell themselves that as well and feel like they’re making the altruistic choice.

Depression can often manifest as this self-fulfilling prophecy of making yourself the victim, so you keep repeating the harmful cycle of pushing people away. I’ve been there so I know how it goes. When an ex breaks up with you like this, they’re changing the narrative so that it’s about you and your expectations as opposed to their shortcomings. We can look at Carl Jung’s shadow concept as an example of what’s really going on here and why this sounds so authentic coming from your ex.

Shadow – “the dark side of our personality because it consists chiefly of primitive negative human emotions and impulses like rage, envy, greed, selfishness desire, and the striving for power.”

A lot of us go through life without ever understanding or hearing about this concept, but once you understand this merge between psychology and philosophy, a lot of your actions (and those of your ex and others) will make more sense.

Let me share another personal example to explain how this works.

So the other day I was driving home, and someone was walking down the street. It was this random guy and he looked extremely confident in himself. I looked at him and said something along the lines of “what a jerk” and my wife was like “what’s gotten into you?” That’s when I realized that my shadow self had come out on this random person who I didn’t even know. Truth is, he was in great shape and I wasn’t feeling too good about myself so I projected my shadow on him.

Now ultimately your shadow is your unconscious negative beliefs that end up cropping up to the surface every once in a while. If you leave your shadow unchecked, it will just end up taking control when things go really haywire.

People will say that you should just eliminate your shadow, but the truth is it can never be totally eliminated.

Instead, you should aim to integrate your shadow by accepting the fact that you are capable of these negative thoughts about people and you are capable of not being altruistic… just like your ex when he says he broke up with you because you deserve better. 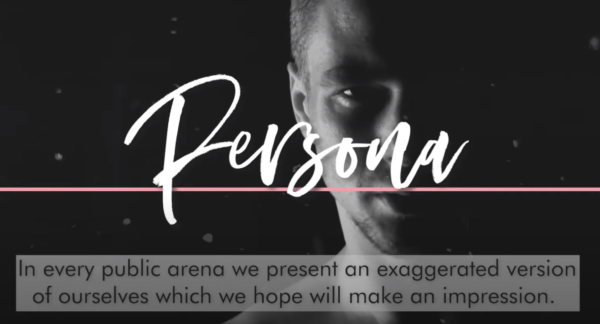 Another concept Carl Jung founded that helps explain why exes say “you deserve better” is the idea of a Persona.

Persona: “In every public arena we present an exaggerated version of ourselves which we hope will make an impression. The character we display in our occupation is not the same as at home. When alone we have no one to impress, but in public, we wear a mask, a persona so that we might impose a desirable image of ourselves onto others.”

This concept might fully explain why your ex says that you deserve better than them. This is their persona talking. They don’t believe what they’re saying, they’re just saying what they think you want to hear.

The words of their hero persona say “you deserve better than me” but they actually think they can do better than you.

If we go back to the depressed ex from our Facebook group example, perhaps that ex is driven by depression that creates a persona. They internally believe that you would eventually leave them so their persona makes them do it first so it feels like they’re controlling the situation.

This Isn’t The End

It’s important to realize that even if an ex says, “you deserve better”, you can still get them back if you want.

As I’ve explained, they clearly don’t mean what they’re saying so you need to get into their mind and really understand what they’re thinking.

This can be scary because your ex probably doesn’t think too highly of you after the breakup. But we’ve seen exes say WAY worse things like “never show me your face again” or “I never loved you” and come back, so there’s always hope. Don’t think too hard about what your ex said in the heat of the breakup emotions, they might just be saying what they think you want to hear.

If your ex tells you that you deserve better, they probably don’t mean it.

No one is altruistic enough to leave someone they love so they can move on to someone else.

They usually think they can do better than you or they’re afraid because they don’t want to be broken up with and be hurt so it’s a self-protection type of situation.

My Ex Said Really Mean Things To Me

2 thoughts on “My Ex Told Me I Deserve Better”